SELinux can also cause problems

Installing documentation (restart of apache is required for docs to be distributed on http://localhost/manual):
yum install httpd-manual

Defines top level directory of the we site

The above will define where your files for hosting are hosted in your default apache web server.

So for example we would put a page called "index.html" under /var/www/html/ and then access that page via http://localhost/index.html

Containers are basically used to segment directives to specific directories or sites. They're a way of localizing your config so that global settings do not affect a specific site

<Directory "/var/www/cgi-bin">
AllowOverride None
Options None
Order allow,deny
Allow from all
</Directory>


There are other containers such as "Location" and "VirtualHost" which configuration parameters are maintained in.

Example: One instance of apache serving 3 different branches for the same company

Apache relies on a "Host" field in the http request header to know which site to serve
The host is generally east.example.com

This is where each request that matches a specific host are resolved to a separate IP address and are handled based on the different IP addresses.

Typically this is done via setting aliases on interfaces or using separate interfaces with different IPs created.

Other Methods of Serving Sites

Run Multiple Instances of apache running on different ports and separate configs
Use multiple VMs, each with its own IP and port space. 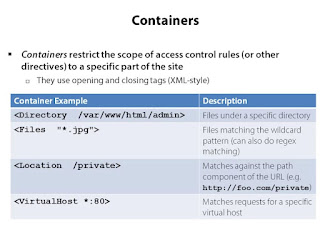 Security is generally configured using the "Directory" tag which specifies access to specific files. There are a bunch of AuthParameters which tell you how users will be authenticating, and specific directives.


You can specify access via CIDR, IP address, full or partial domain name

you can also use .htaccess files to store configuration for accessibility with the specific content folders in which they apply

For example:
You could use an .htaccess file placed in /var/www/html/east/admin/.htaccess in order to specify auth info for admins of east

If they exist at several levels their content "accumulates" or "inherits" as apache follows the path down to the file it's serving. 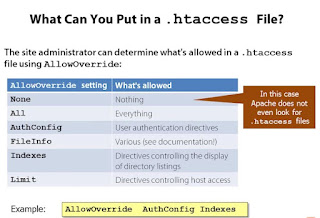 The main benefit of .htaccess files are that non-root users that control their own content can be responsible for their own permissions 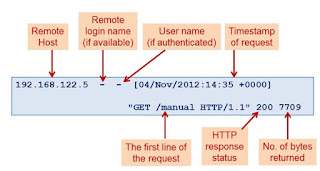 common - is the nickname for the format

Useful for:
Which parts of the site are most popular
Which users are accessing sites

Provides internal status of pages
server-status is a common one 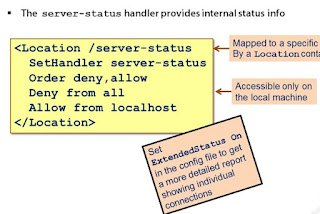